Showing posts from September, 2012
Show all

It's time to break out the scarves! Happy Fall!  I thoroughly believe it's not possible to own too many scarves.
PS: James made me the two middle ones.
4 comments
Read more

Thoughts on Prayer While My Husband is at War

By Amy - September 24, 2012
My mother-in-law invited me to go with her and some of her church friends to an apple orchard today. We carpooled together and the woman sitting next to me has a husband who used to be in the Marines. We got to talking about prayer. Then she said something that really hurt me.

"My parents prayed for my husband's unit every day he was deployed. Not a single soldier in the unit died. Then a week after they got back, two soldiers got killed."

And she goes on to talk about the power of prayer. As I'm typing this, I'm even getting tears in my eyes again. I wanted to say "But I've been praying every day too." And men in James's unit have still died, and it's been heartbreaking. Thank goodness that I was wearing big tinted sunglasses. I didn't say anything. The other lady in the car mentioned how amazing that was. I noticed that my mother-in-law didn't say anything either.

What part of me wishes I had asked.. Is that supposed to be a good e…
5 comments
Read more

I Got Rid of My Countdown 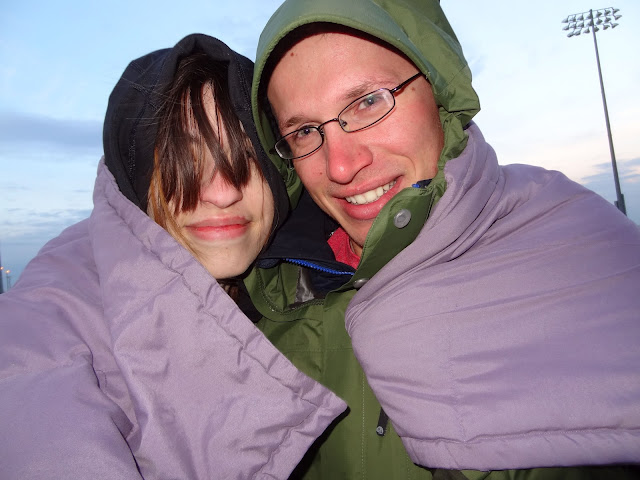 I'm not saying you should too. Get rid of your countdown, I mean. If you have one. But I had to. Here's the thing about deployment countdowns.. they can make you focus so much on how much time is left until that day that you'll be happy he's home, that you might forget how to be happynow.
And time goes slower when you know the exact date. Believe me, it's true. I had a little dashboard widget on my mac. Now it just has a count-up since I last saw him and a countdown to the marathon.
I don't think that counting up is bad. You'll probably see a happy tweet from me when it's been 5 months since I said goodbye to James at the end of R&R. Woohoo! Another month that we've conquered! That's different. When I had the countdown, I looked at it way too often. I got rid of it about half-way through the deployment. I cannot tell you how much "faster" things have gone for me now. And you could argue that maybe it's just because the second h…
3 comments
Read more

Miles & Miles Before I Sleep 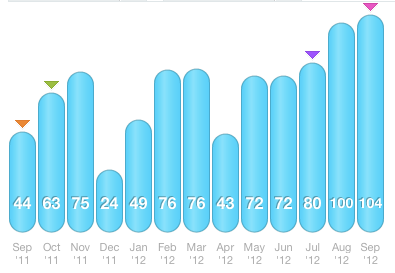 This title may be overused by running bloggers but I don't really care. I've been proud of my mileage lately. I haven't run this many miles since college. I love dailymile because I can look back at my mileage from the past year.
And the funny part is that I can see how life events have affected my mileage. James left in December for his deployment. I had to finish packing everything up and drive home to Chicago. I didn't feel much like running that month. Then he came home for 2 weeks in April. Hence the drop in mileage there too. I was so excited for him to come home that I didn't run much before he got here, and then I didn't feel like running much when he was here either.

And then marathon training! I love how much a good long run can boost my numbers. Dailymile even shows me my top 5 farthest runs. All of which are marathon training runs at the moment. And I'm also so excited that I've run 104 miles in September and I still have a week left!

So a friend of mine posted a picture of this stuff on facebook. I didn't even know that such a creamer existed. Where have I been? So I made a decision. I must have it.  I went to two grocery stores and neither of them had it. This was discouraging. I stopped by a Target. Nothing. Then Meijer.. who does carry International Delight.. but no pumpkin (by the way, I never realized how many creamer flavors are even out there? Butter Pecan, Coconut, Peppermint Patty..). Two employees happened to be standing there so I asked them if they would be carrying it. "Um.. we should be getting that in really soon actually." Then the other said, "Actually, I think I might have seen it in the back." So he went back and got it for me! So I am literally the first person of the season to buy Pumpkin Pie Spice creamer from my local Meijer.

And since I'm currently mad at Starbucks (taking away my gold carb member free syrup and soy options), it's perfect timing. Now I can e…
Post a Comment
Read more

Yesterday I did my 20 miler! I signed up for this organized training run (so I even got a race bib, but it wasn't a race) with water stops along the way and several hundred people to run with. It was a lot of run! It went by a lot faster than if I had run it myself. And it was my last really long run of training. I'm really really happy about how it went. I didn't walk at all except for a few steps through the water stops.  And I felt like I could have gone longer! Basically I'm totally confident now that I can do this marathon.
Also, I found my little Garmin Connect stick so I was actually able to upload the workout. Here's my splits!

I found out that you're actually supposed to go really slow for your long runs compared to your goal race pace. That seemed pretty dumb to me but then my friend Army Army* mentioned that she did better in her second marathon when she did this.. so I did some more research.
There's something called Jeff Galloway's Magic M…
2 comments
Read more

Because it'…
15 comments
Read more 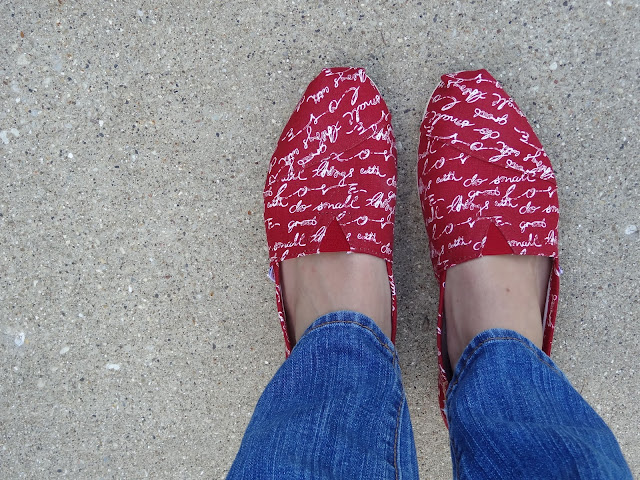 I got my new TOMS today! The writing says "Do small things with great love" on it a bunch of times. I kind of love them!  Also, without telling you exactly when he is supposed to come home (OPSEC).. this is where we are in the deployment. :)
<3 Amy
4 comments
Read more 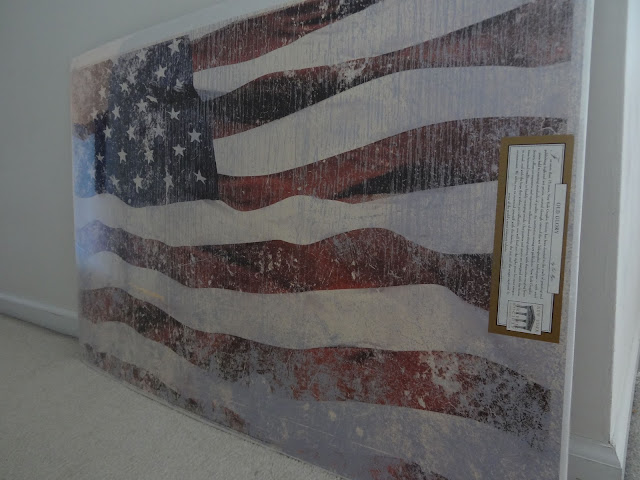 This whole year, I've been trying really hard to not buy very many things, because I will just have to fit it in my car to get back to Washington. But James and I have been looking at houses out there and it's really hard to not start buying stuff for our new place. But I figured I could get away with this poster. With a rustic frame, don't you think this would look cool?? I like patriotic stuff.
I'm also working on making this:
Han and Leia is kind of a theme for me and James. :) And I thought this was adorable. I've got the lego pieces.. just trying to figure out the frame now.

And also, the new series of Doctor Who started. It's been amazing.
Speaking of the Doctor, I recently went to a Renaissance fair and saw several doctors there. I'm not really sure why people went dressed as Doctor Who characters, but it was awesome. I met the Doctor, Rose, Captain Jack Harkness, and Idris.
So now I've met the Doctor (kind of). And I decided that when James gets…
2 comments
Read more

Naperville Trails Half Marathon and Other Stuff 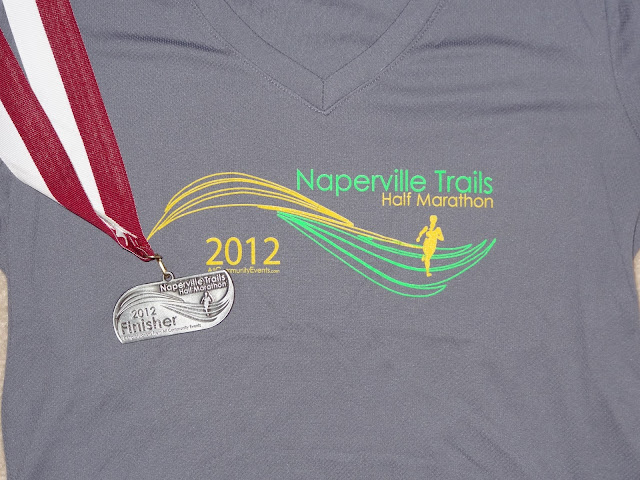 But first, the race. MUCH better than that disaster a couple weeks ago. I ran a 1:59:50. My 5th race of 2012 and of this deployment! Not a PR but only a few minutes off of it. AND it was actually a pretty hilly course. After weeks of being totally stressed out, running slow, thinking I might even be anemic (I wasn't.. it was "just" stress), I finally had a really good race.

Then afterwards, my parents took me out to my favorite breakfast place. And James called and told me good job on my race.. AND that he might be coming home sooner than we thought. Of course, the Army could change it on us again. BUT it's still exciting. Having a good race and then that call from him definitely made for a good day. We are in the home stretch of this deployment!

I got my first pumpkin spice latte of the year yesterday! The weird thing is that it was like 90 degrees yesterday so it didn't really feel right. But I still got to celebrate just one more season to go in this deployment!

PS: In case you're new, I've been posting a "Happy Picture" every Wednesday during this deployment. Something to look forward to every week. :)
2 comments
Read more 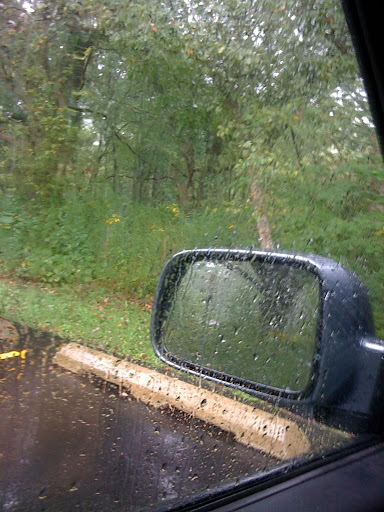 Yesterday was a great day. For several reasons.

1. I ran 19 miles. 19 miles! New distance PR. It took me nearly 4 hours. I was going pretty dang slow and my course was hilly so I took a couple walking breaks up the hills in the last 5 miles. And the remnants of Hurricane Isaac were threatening to hit so I didn't pause my Garmin like I normally do for walk breaks. So my average pace ended up being 12:24 per mile. Yikes. There's part of me that is pretty worried about trying to do this faster for the actual marathon. But I got my 19 miles done. So that was pretty awesome.
2. I listening a good chunk of the Hunger Games audio book for the run. I forgot how great that book is. And it took my mind off counting down the miles a lot more than music normally does. I am thinking I might use this for my 20 miler that's coming up in 2 weeks.

3. The Doctor Who season 7 premiere was yesterday. I was pretty dang excited. I wore my Doctor Who shirt.. My dad made margaritas. It was awesom…
2 comments
Read more
More posts